*THANK you all who participated in Ms. Maass’ 2016 Drama Camp! 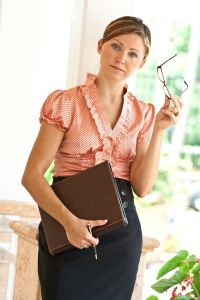 What is Maass Casting?

Independent actress and writer, Jenny Maass, began her acting career in Florida in 2010 and quickly moved into working the southeast market from North Carolina in 2011.

Now Jenny works out of central Florida and is a working actor and drama coach.

Maass Casting provides consultation, management, and coaching for local Tampa Bay / Clearwater / St Petersburg actors (including children / student actors). Your consultation will include time to discuss and draft an industry style resume and preliminary headshots. Agent submissions will vary on interest and availability.

Maass Casting provides ongoing support in the acting industry by offering one on one acting coaching, drama camps, video audition reads, and independent submissions. Complete the form below to learn more:

Jenny shares her acting career and drama coaching with her community. She has been the drama teacher for Northbay Christian Academy going on 4 years. Jenny loves to work with students and actors of all ages and skill sets.
Contact Jenny for recommendations of agents in the area/ southeast that may be a good fit for you. She will set up a consultation time with you to meet and discuss what your goals are for this style industry, an evaluation on where you are at in the process of getting submitted, and an action plan to kickstart your career.

from “The Gallardo Method” and the acclaimed “The Acting Class Series”

“Your life is special! And you should treat it as such. Always remember, you are enough!”

Acting Tip of the day:

When you start to build your image portfolio – headshots, body shots, 3/4 shots…include lifestyle images as natural as these. Catching a real life pose in motion and showing your natural emotion can go a long way. This image has gone miles for me. Even though it’s not a close up, it draws the eye in and expresses an irresistible attitude.
This photoshoot also took place in the hottest part of midday in St. Petersburg Florida. I did multiple outfit changes and even varied my hairstyle. Sometimes camera can’t see sweat, or even it’s not such a bad thing. So don’t discount weather extremes as the actor/model, it’s only bad if it impairs the cameraman! Remember, when crew are ready to shoot, talent has to put up with it!